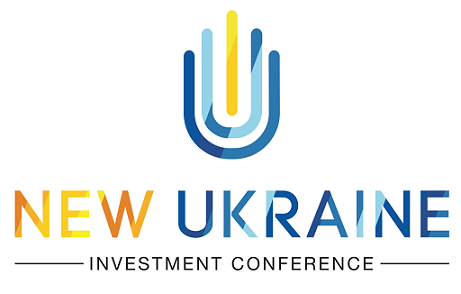 The annual New Ukraine Conference has taken place in Kyiv. It was organized by Empire State Capital Partners for the fifth time. General partners included Ukrlandfarming, a Ukrainian agricultural giant, and Thomson Reuters, a top international media consortium. RECOM, the biggest producer of solar panels in Europe, was the Energy Partner. Technical support was provided by the High Castle investment platform. Turkish Airlines was the official carrier for the conference. Conference Partners included Astarta organic business center, Khortytsa, the brand of absolute quality, and Bohdan Hawrylyshyn Foundation as our charity partner.

Similar to the New Ukraine Conference 2016, this year’s event was opened by the representatives of the Bohdan Hawrylyshyn Foundation. In 2016, Mr. Hawrylyshyn opened the conference personally. This year, alas, he was no longer with us – a great Ukrainian and a pioneer of the World Economic Forum, has passed away. Olena Bekreniova, the foundation director and John Shmorhun, representing the family, spoke about its programs and plans, and expressed hope that Bohdan Hawrylyshyn’s cause would live.

The macroeconomic panel of New Ukraine Conference 2017 featured a fruitful debate on the most urgent issues of the reforms Agenda in Ukraine with Dmytro Shymkiv, Deputy Chief of the Presidential Administration, Oleh Ustenko, CEO of Bleyzer Foundation in Ukraine, David Snelbecker CEO of the International Development Group, Francis Malige, Managing Director of the Eastern Europe and the Caucasus at the EBRD, Ihor Petrashko, Deputy CEO at Ukrlandfarming. Panel’s moderator was, as usual Alex Bart of Empire State Capital Partners.

At one panel, Empire State Capital Partners jointly with the conference partner, Financial Services Volunteer Corps (FSVC) presented an initiative to set up Business Incubator Group Ukraine (BIG.U), a regional office for the support of small and medium enterprises and the development of entrepreneurship in Ukraine.

The initiative got a warm welcome from the attendees. By the time the New Ukraine Conference 2017 finished, a memorandum was signed on the establishment of BIG.U. The Business Incubator Group Ukraine initiative aims at making SMEs into a driving force behind Ukraine’s economy and delivering a quality leap into innovative sectors. This is in line with the goals of the influential Financial Services Volunteer Corps (FSVC), a non-profit organization with headquarters in New York that promotes ideas for public-private partnership to help build a viable financial system in the developing markets.

New Ukraine 2017 attendees were extremely interested in the “new economy” panels. These included the Battle of Startups with well-known and successful projects, such as Petcube i SolarGaps, as well as less known ones that are only starting to rise, such as CoinyPay, HighCastle, PaperDog (a startup set up by a 13-year old boy from Odesa), and more.

The next day private and institutional investors that took part in New Ukraine 2017 visited Ukrlandfarming and Ukroboronprom, the state defense concern. Both companies introduced investors to their work, told them about current problems and prospects, and had profound conversations about potential cooperation in the agricultural and defense sectors. Representatives of the Silicon Valley venture funds were awestruck to learn about the capacity of software complexes at Ukrlandfarming that automate a lion’s share of production processes in the growing of agro-industrial cultures, from grain quality control to shipments to the client.

New Ukraine Conference 2017 offered an optimistic atmosphere. Many of our Silicon Valley and Washington friends were impressed by the beauty of Kyiv, as well as by how underrated Ukraine is as an investment destination. We are confident that the fifth New Ukraine conference was a success for all of the guests.

The full video report on New Ukraine Conference 2017 will be on its Youtube channel.

See you next year at New Ukraine Conference 2018!

You can find out more about which cookies we are using or switch them off in settings.

This website uses cookies so that we can provide you with the best user experience possible. Cookie information is stored in your browser and performs functions such as recognising you when you return to our website and helping our team to understand which sections of the website you find most interesting and useful.

You can adjust all of your cookie settings by navigating the tabs on the left hand side.

Strictly Necessary Cookie should be enabled at all times so that we can save your preferences for cookie settings.

If you disable this cookie, we will not be able to save your preferences. This means that every time you visit this website you will need to enable or disable cookies again.

This website uses Google Analytics to collect anonymous information such as the number of visitors to the site, and the most popular pages.

Please enable Strictly Necessary Cookies first so that we can save your preferences!

TRDATA TECHNOLOGY Limited (“us”, “we”, or “our”) uses cookies on the https://trdata.com website (the “Service”). By using the Service, you consent to the use of cookies.

Cookies can be “persistent” or “session” cookies. Persistent cookies remain on your personal computer or mobile device when you go offline, while session cookies are deleted as soon as you close your web browser.

When you use and access the Service, we may place a number of cookies files in your web browser.

We use both session and persistent cookies on the Service and we use different types of cookies to run the Service:

In addition to our own cookies, we may also use various third-parties cookies to report usage statistics of the Service, deliver advertisements on and through the Service, and so on.

Please note, however, that if you delete cookies or refuse to accept them, you might not be able to use all of the features we offer, you may not be able to store your preferences, and some of our pages might not display properly.

You can learn more about cookies and the following third-party websites: